Skip to content
Pham Xuan An was a Communist agent whose espionage adventures – under the cover story of a celebrated war correspondent in the Western media — were as brilliant for Hanoi as they were shattering for Washington during the tumultuous days of the Vietnam War. He has been dubbed “the perfect spy” and affectionately referred to by some as “the spy who loved us”. Not quite. Journalist and Southeast Asian specialist Luke Hunt prises this story open. He knew and interviewed An for many years, along with the many friends and colleagues in journalism who knew him best in war, on the journalistic beat and amid the collapse of South Vietnam. 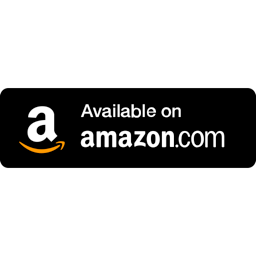 The Punji Trap has been distributed across Asia and in the United Kingdom by Talisman Publishing Pte Ltd. It will shortly be available in Australia and can be purchased in paperback and  on Kindle  through Amazon, Select Books in Singapore, Asia Books in Thailand, Bokus in Scandinavia and at Kinokuniya Books in Thailand, Malaysia, Singapore and Cambodia. First editions are also available through Pay Pal and in specialty book shops, including the Foreign Correspondents’ Club in Thailand and the Writer’s Club in Chiang Mai. In Cambodia, it can be found at Monument Books across the country, and at the Back Street Bar and Wang Dang Doodle in Phnom Penh, and at Bookish Bazaar and Keppler’s Books in Kampot. 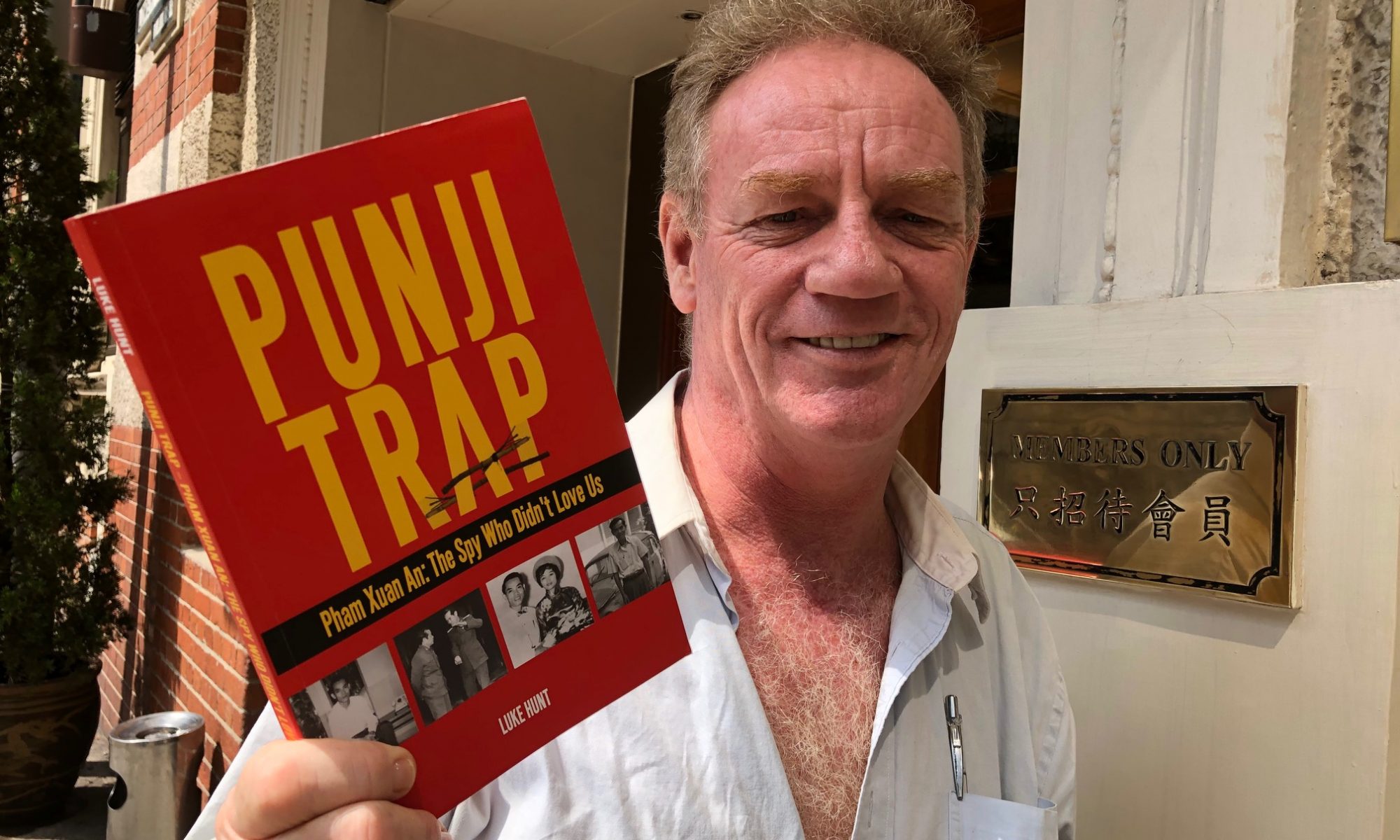 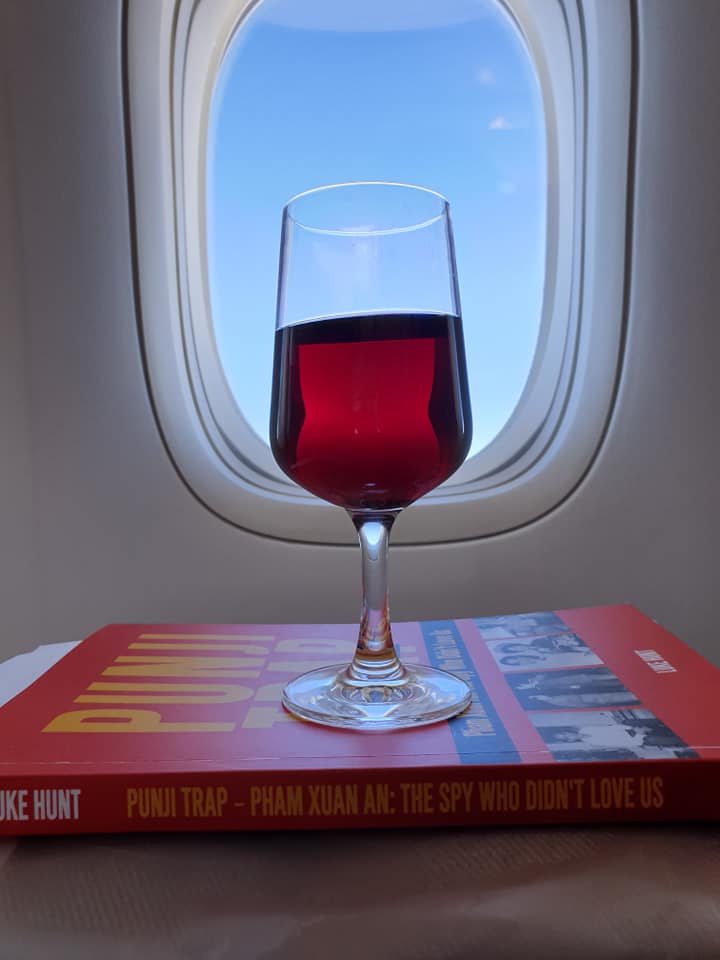 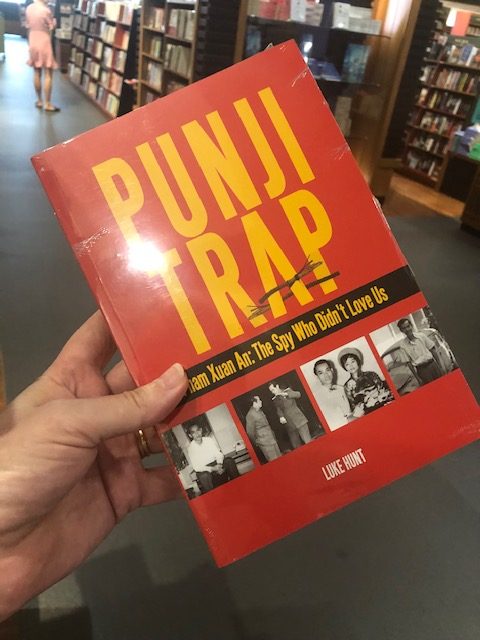 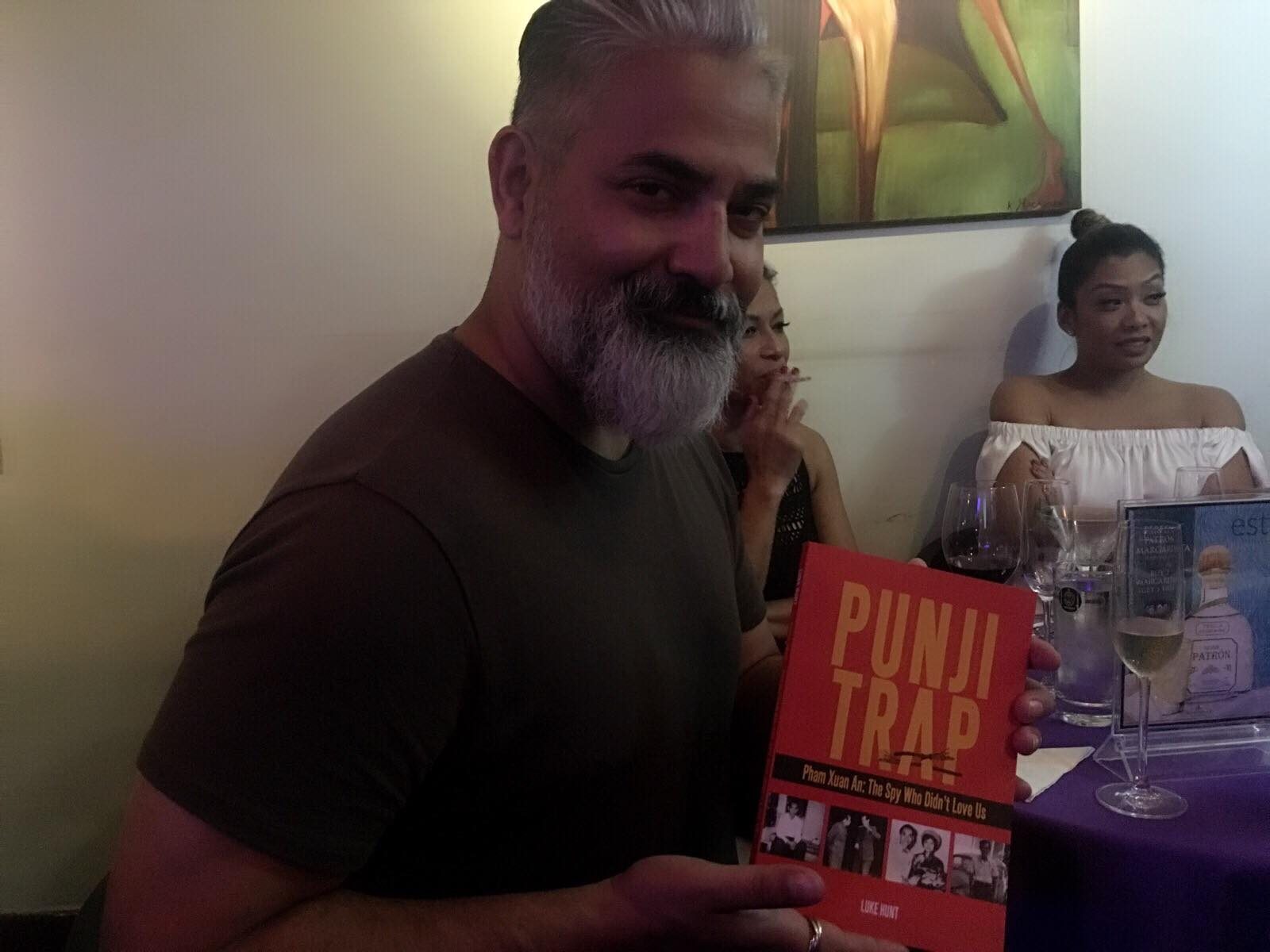 The Punji Trap is now on sale at the Est Bar on Street 214 in Phnom Penh as part of a fund raiser for charity. 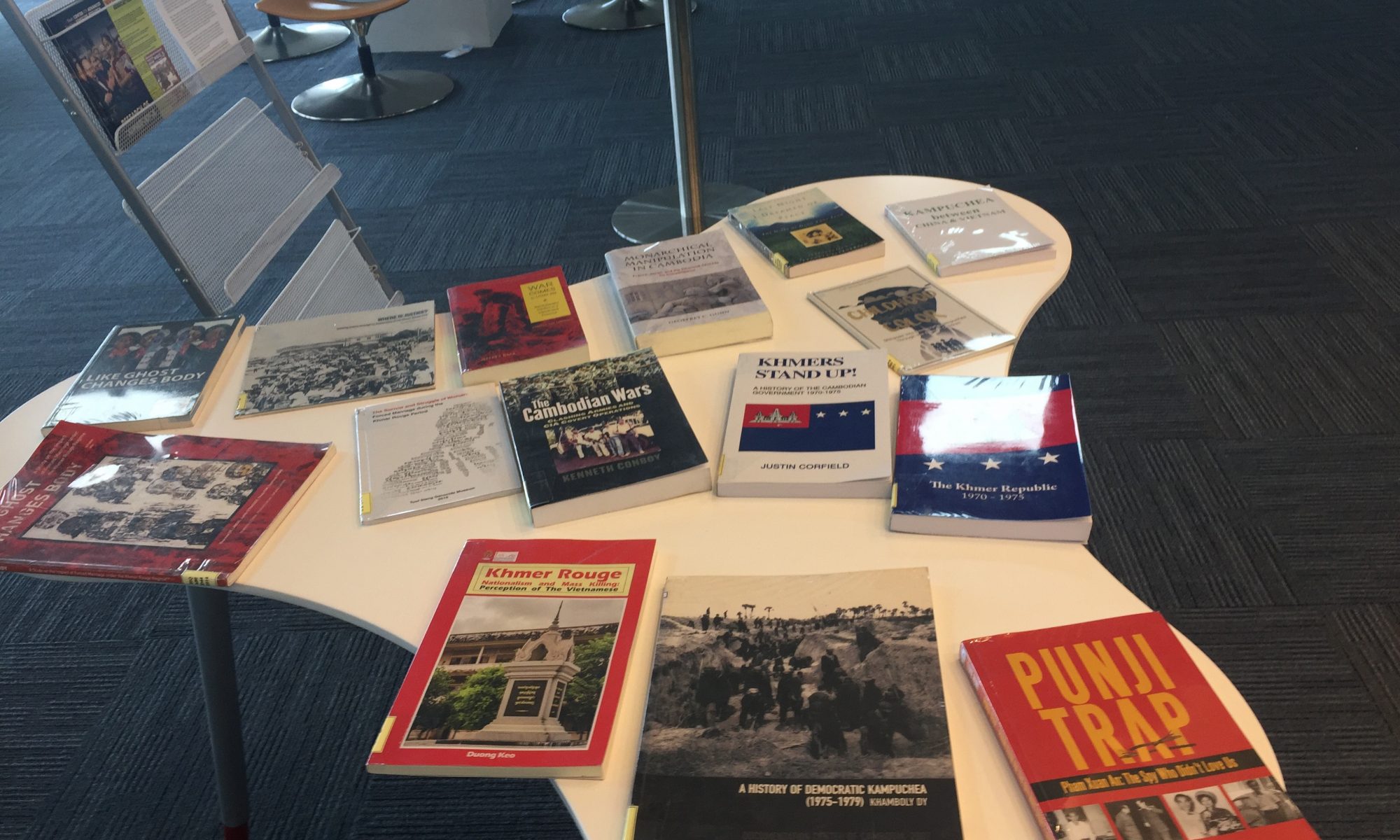 Brilliant to see Punji Trap on sale at the recent International genocide conference in Phnom Penh.

“… it is the story of a man who, his book suggests, could qualify as the most significant figure of the Vietnam War that you have never heard of. And not just any man, for An was a figure around which many of the pivotal events and personalities of the conflict osculated. And what a story it is: taking in An’s childhood in the lower Mekong, including his years as a teenage guerrilla fighting the French, college years in California, his experiences in Saigon during the Vietnam War and, later, through the years that followed unification, Hunt unpacks a life lived on the edge but at the centre of history.” 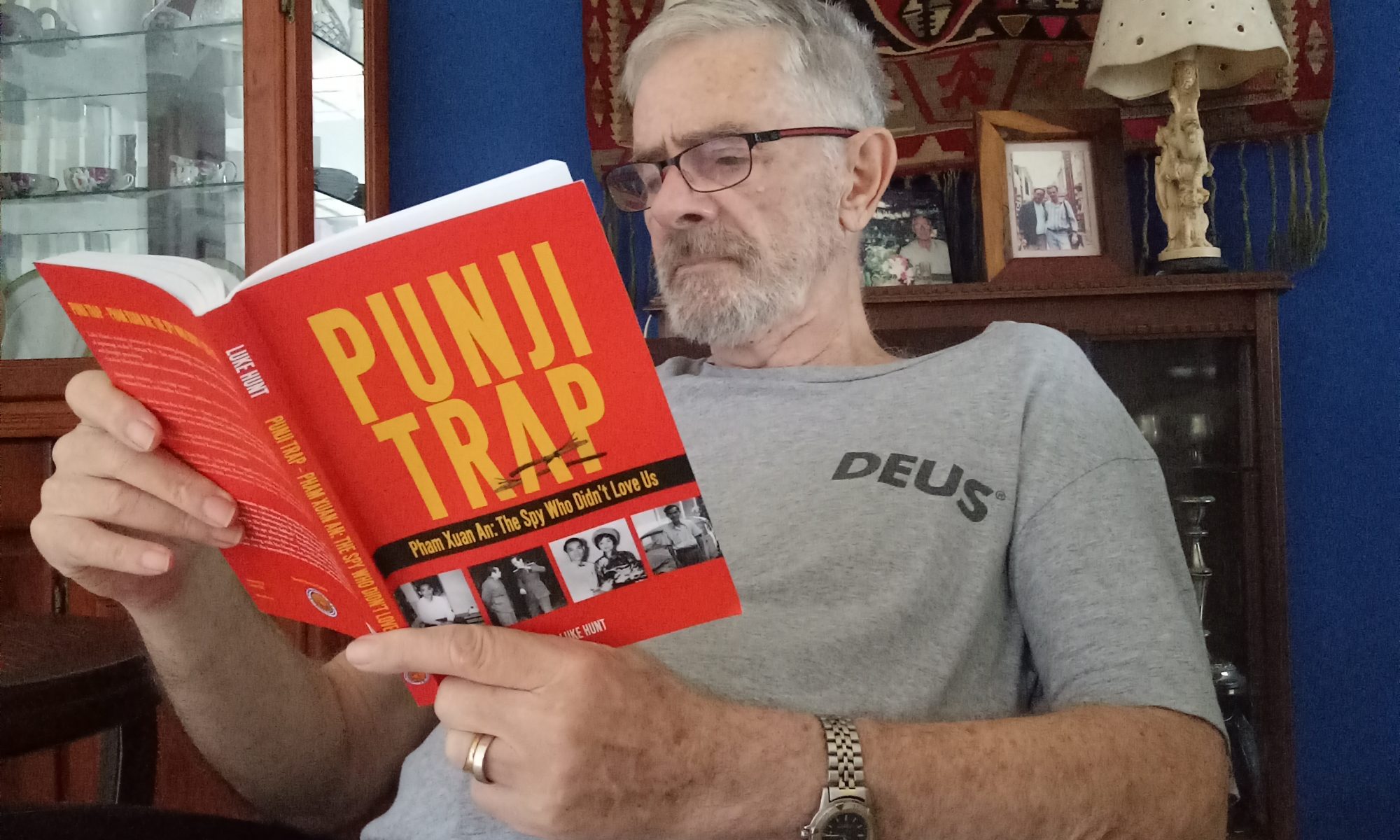 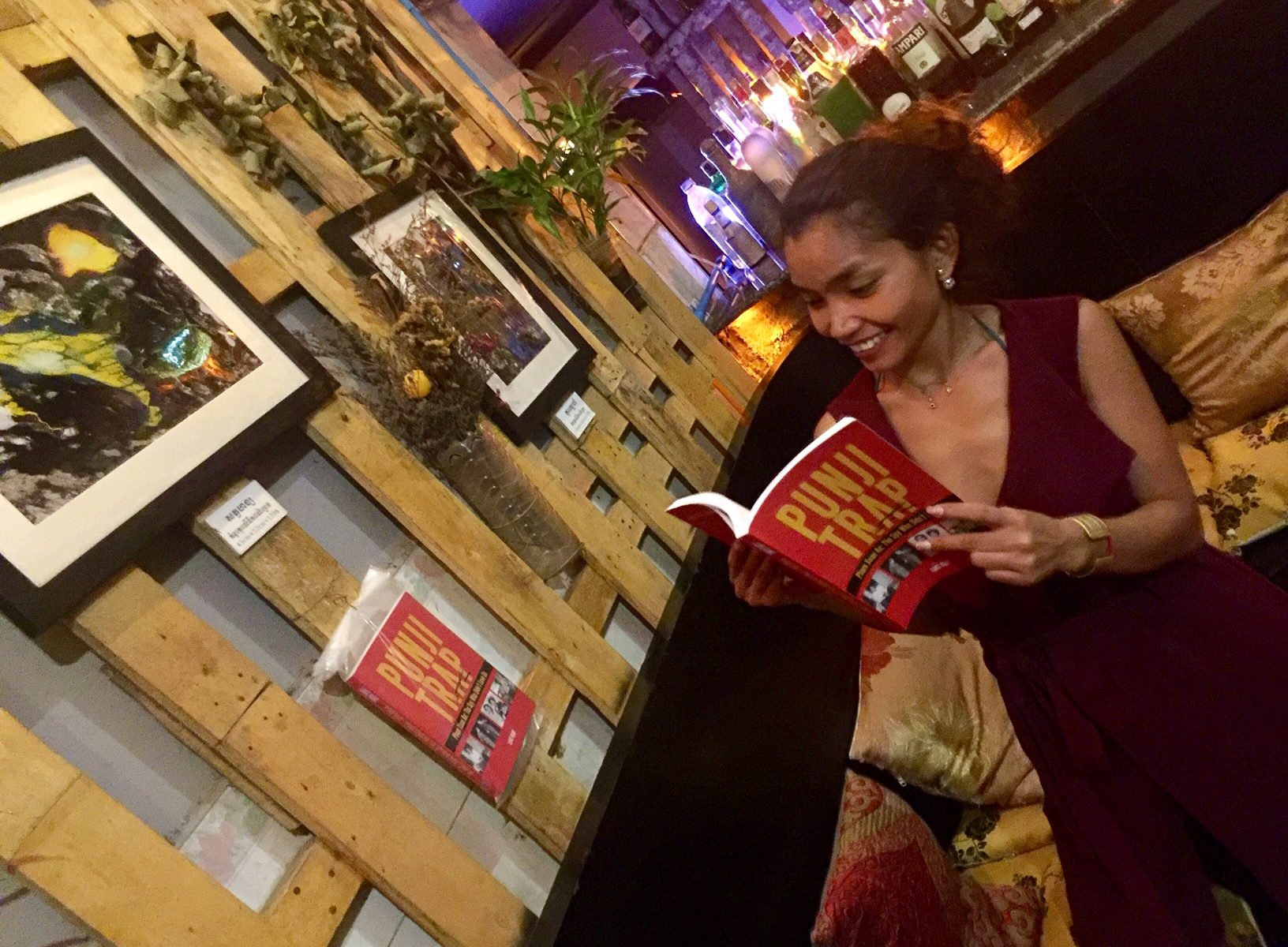